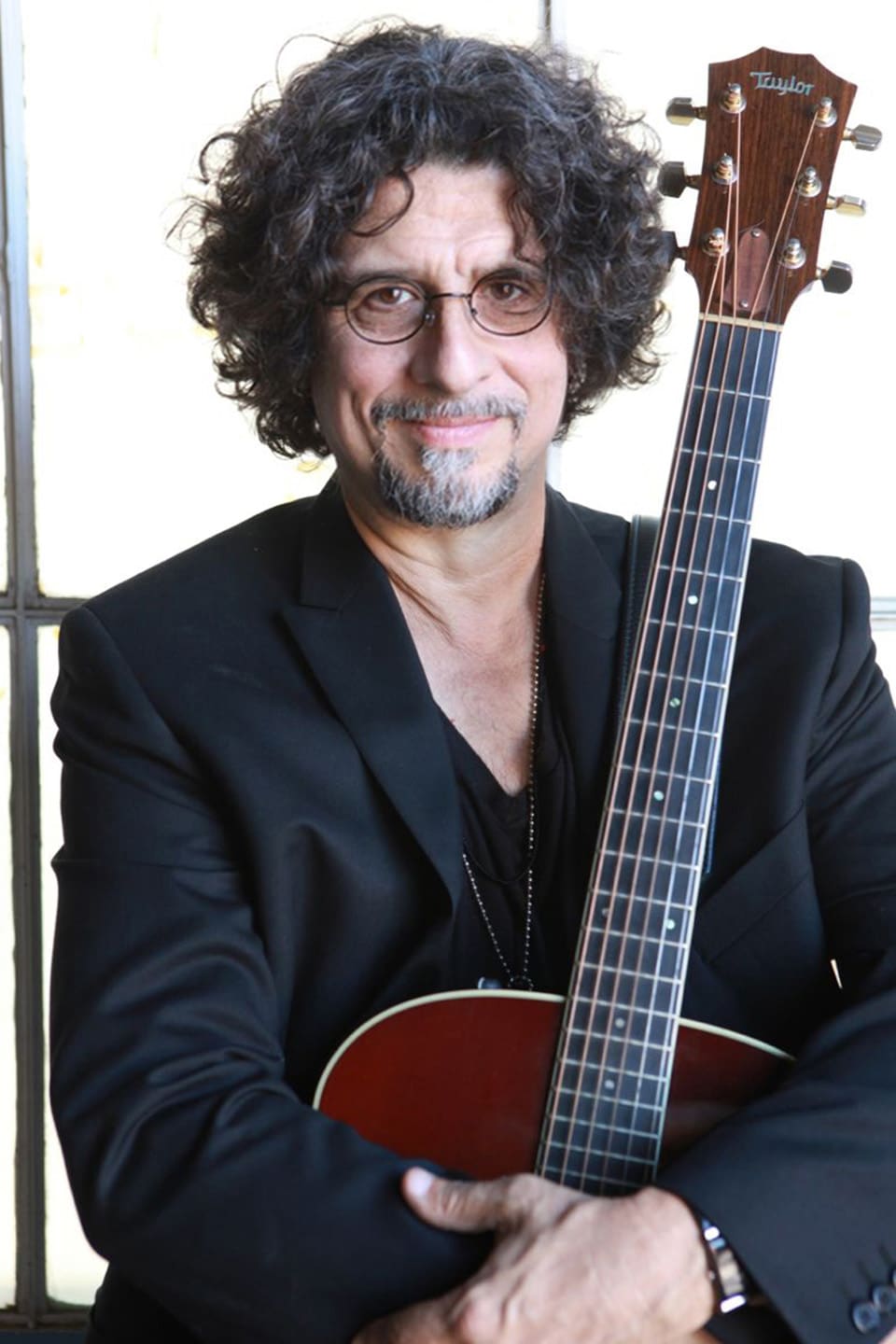 Dan Navarro has had an eclectic 40+ year career as a songwriter, recording and touring artist, session singer and voice actor spread over 17 acclaimed albums, thousands of concerts, singing and voice acting in films like Oscar-winners Coco and Happy Feet, The Book of Life and Pirates of the Caribbean 5, TV series American Dad, Prison Break and Mr. Iglesias, hit games Fallout 4 and Red Dead Redemption II, hundreds of commercials in Spanish and English, and writing songs for Pat Benatar (the Grammy-nominated classic “We Belong”), The Bangles, Dave Edmunds and more. In early 2019, after 20+ years with Lowen & Navarro, he released his first studio-recorded solo album, “Shed My Skin”, to rave reviews. He’s the personification of the engaged Renaissance artist, even in COVID lockdown, with over 200 housebound live streams since March. Dan insists that art is food, music is love, and sleep is for babies. In 2009, after more than 20 years and 12 CDs and digital albums with Lowen & Navarro, Dan released the spirited “Live at McCabe’s”, backed by his pals, Austin’s now-disbanded country-rock powerhouse, Stonehoney. His new album, “Shed My Skin”, produced by Steve Postell, is out now. http://www.dannavarro.com/ 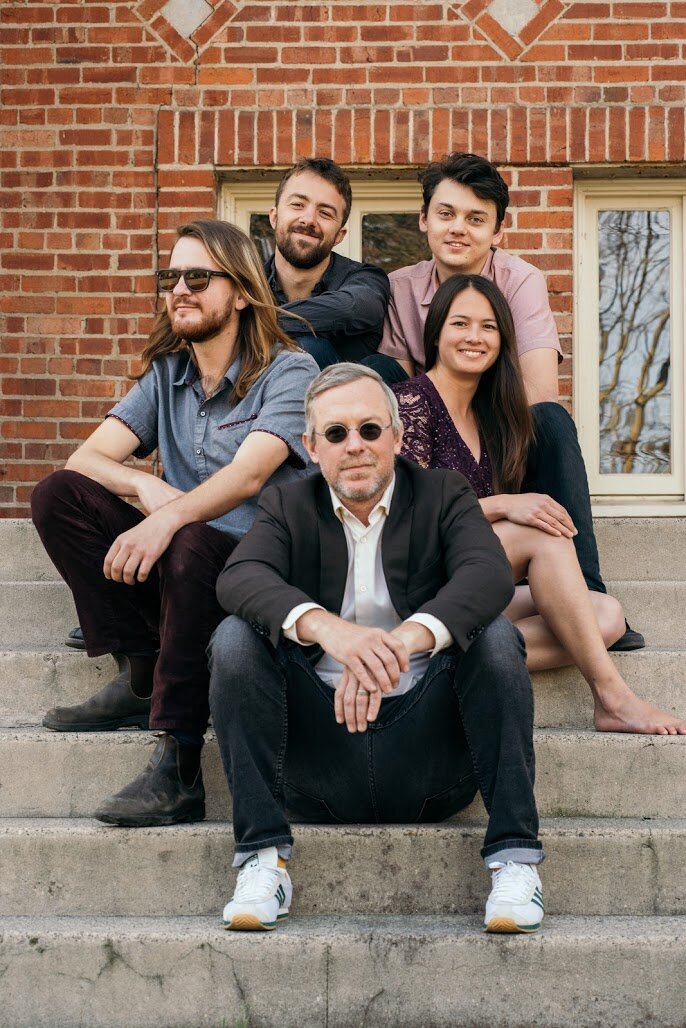 Led by singer, songwriter, and mandolinist, AJ Lee, the bluegrass band has performed all over the world. In 2019, they released their debut album, Like I Used To. Their second album, I’ll Come Back, is forthcoming in August 2021. Unlike their first record, which featured experimentation with session musicians and electric instruments, the new project is a pure reflection of the live sound of the group, hearkening back to their acoustic roots. Each band member performs at their peak, and the variety of songs on the record caters to their broad fanbase. Certain tracks fall more in the classic bluegrass realm of songwriting, while others fall into that hard-to-define realm of acoustic Americana that blends mesmerizing lyricism and acoustic mastery. Although falling loosely under the bluegrass label, AJLBS generally plays sans banjo, with Sullivan Tuttle and Jesse Fichman on steel stringed acoustic guitars, AJ on mandolin, Jan Purat on fiddle, and Chad Bowen on upright bass - a configuration effectively used to create unique space and texture in the arrangements not as commonly found in the music of their peers. Drawing from influences such as country, soul, swing, rock, and jam music, the band uses the lens of bluegrass as a vessel through which to express and explore the thread that binds and unifies all great music. www.bluesummitmusic.com 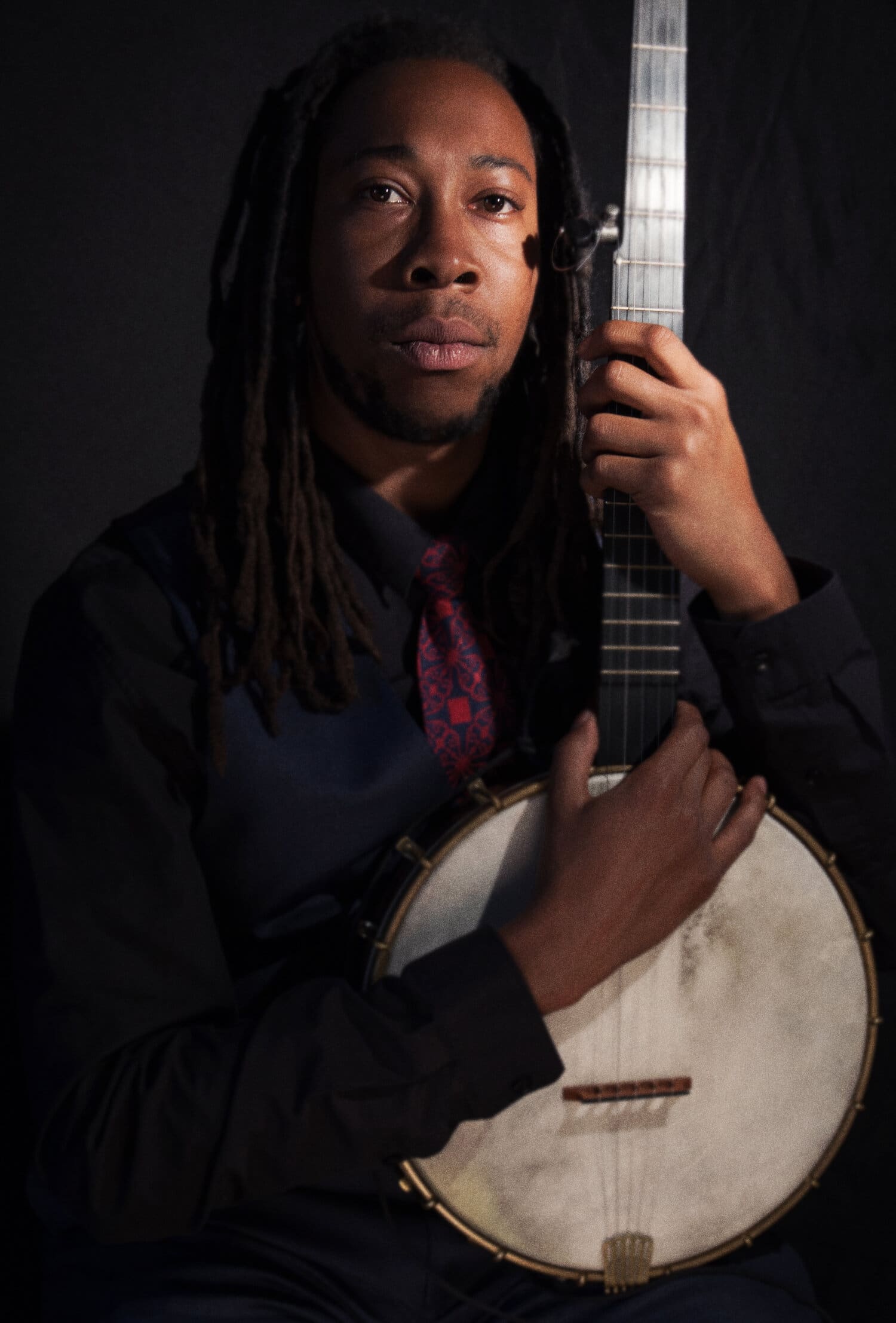 Hubby Jenkins is a talented multi-instrumentalist who endeavors to share his love and knowledge of old-time American music. Born and raised in Brooklyn he delved into his southern roots, following the thread of African American history that wove itself through America's traditional music forms. As an integral member of the Carolina Chocolate Drops and later Rhiannon Giddens band, Hubby has performed at festivals and venues around the world, earning himself both Grammy and Americana award nominations. Today he spreads his knowledge and love of old-time American music through his dynamic solo performances and engaging workshops. http://www.hubbyjenkins.com/ 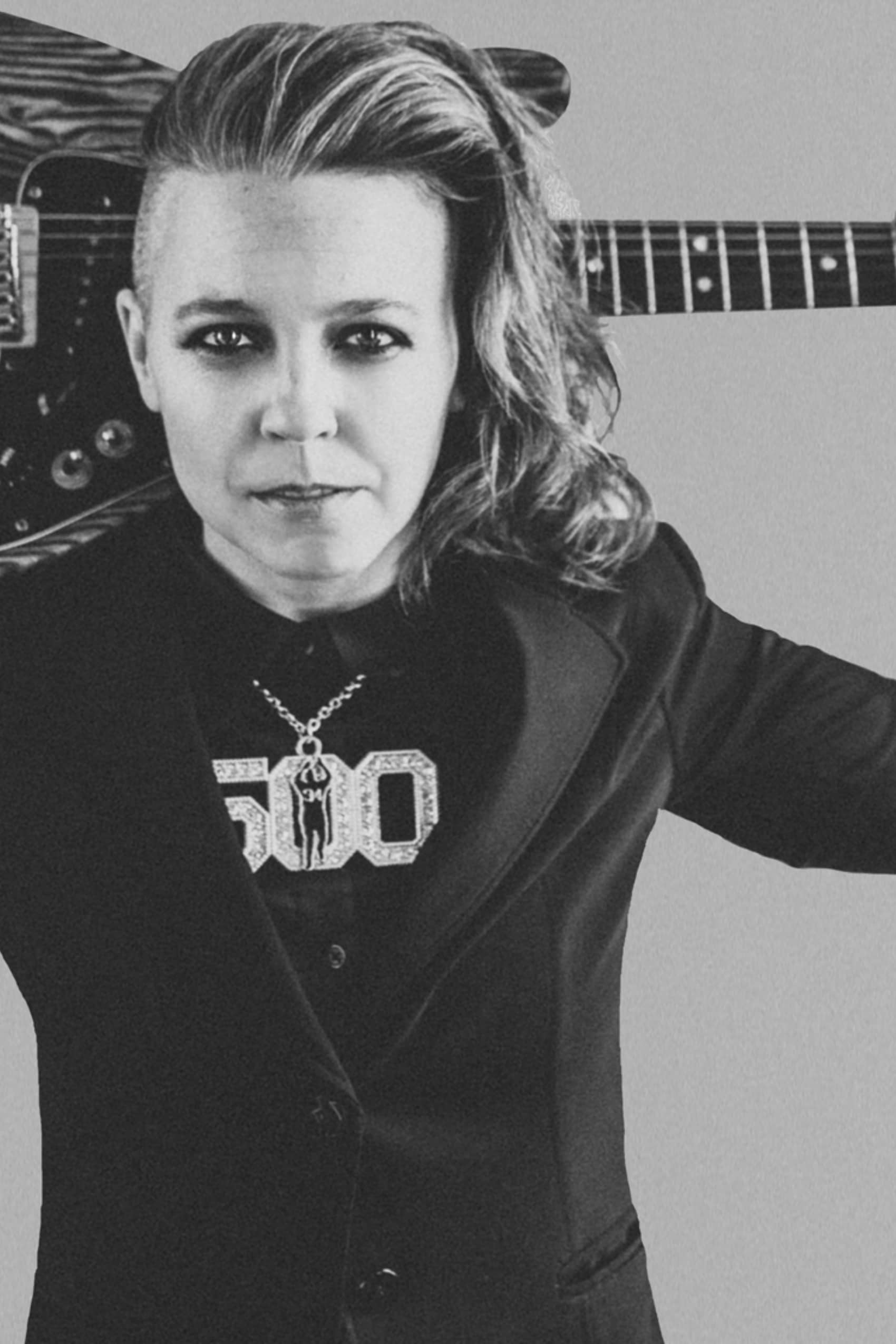 Erin McKeown is a musician, writer, and producer known internationally for her prolific disregard of stylistic boundaries. Her brash and clever electric guitar playing is something to see. Her singing voice is truly unique —clear, cool, and collected. Over the last 20 years, she has performed around the world, released 10 full length albums, and written for film, television, and theater, all the while refining her distinctive and challenging mix of American musical forms. Her first musical, Miss You Like Hell, written with Pulitzer Prize-winning playwright Quiara Alegría Hudes, opened Off-Broadway at The Public Theater in 2018. It was nominated for 5 Drama Desk Awards, including Best Lyrics, Best Music and Best Orchestrations, and The Wall Street Journal named it Best Musical of 2018. Leading her own band, she has performed at Bonnaroo, Glastonbury, and the Newport Folk Festivals. A familiar presence on NPR and the BBC, McKeown’s songs have also appeared in numerous commercials and television shows. While a student at Brown University, Erin was a resident artist at Providence, RI’s revolutionary community arts organization AS220. A 2011-2012 fellow at Harvard’s Berkman Klein Center For Internet & Society, she is also the recipient of a 2016 writing fellowship from The Studios of Key West and a 2018 residency at the Virginia Center for the Creative Arts. https://www.erinmckeown.com/

Janis Ian: The End of The Line Tour (Fri) 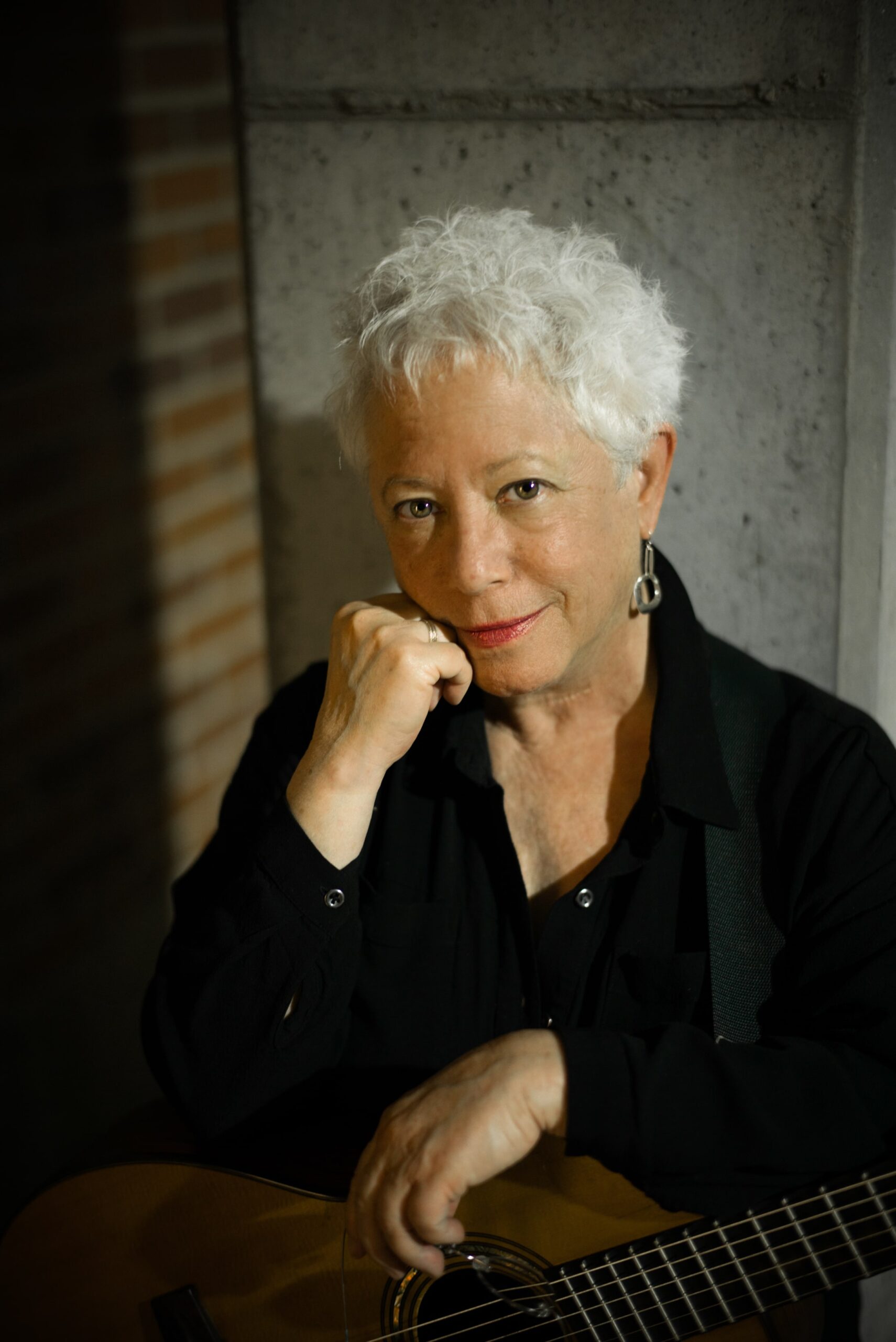 Her tours have sold out in every country she’s visited (we’ve lost count), and her songs have been recorded by artists as diverse as John Mellencamp, Amy Grant, Diane Schuur, and Joan Baez. Janis has dueted with Willie Nelson, Dolly Parton, Mel Torme and, most recently, Trevor Sewell; their single, released only in the UK, jumped up the jazz charts, again reminding us of the diversity in a career that saw Ian on the cover of Downbeat at 16, featured in Melody Maker at 26, honored by the Grammy Hall of Fame twice, co-starring with Laurie Metcalf, Rita Moreno, and Alex Borstein in the final episode of Getting On, receiving Publisher’s Weekly and Kirkus Reviews picks for her children’s book The Tiny Mouse, and continuing to expand and move forward with plans for several more books and a new album in the works. Or, as Ian herself puts it, “I’m just curious… I’ve never courted controversy, never set out to do so many different things – but I get curious, I think ‘What if…’, and things just… happen!” www.janisian.com

At this time, tickets can only be purchased through our online store . There is a $4.75 per ticket service charge for all orders. Please use the “Proceed to Checkout” option instead of PayPal so we can gather your Attendee information.
All ticket sales are final. There are no refunds or exchanges at any time. In the event that a show is canceled, it will be rescheduled or store credit will be issued. Yes, we’re nice folks, but this policy must be maintained, so please make your choices carefully.

McCabe’s Guitar Shop requires masks to be worn for all entry on to the premises. For the safety of our patrons, artists, and staff, PROOF OF VACCINATION will also be required to attend concerts. This policy extends to all staff and performers. We appreciate your understanding while we take the necessary steps to preserve the safe and comfortable environment that our intimate listening room has provided for over 50 years.

Also, please note: taking photographs and all other forms of recording are strictly prohibited during concerts at McCabe’s.® The artists and your fellow patrons thank you for your consideration, as do we.

Past Shows at McCabe’s

Our back room is CLOSED until October 2021. Want to travel into the way back machine while you wait? Poke around.

Do you have a ticket for a canceled show? We deeply appreciate your patience and understanding as we work with our artists to reschedule our cancelled shows. To request a voucher(good for store credit, towards t-shirts, strings, upcoming or re-scheduled shows, etc.)  drop us a line if you purchased online.
 Call us if you got your tickets at the counter.

Where To Park When

One last thing — parking can be difficult at times. Here is some info you might find helpful.

The metered spaces on Pico (IN BLUE), which also extend a few doors north and south on each residential street, allow 2-hour paid parking between 9:00 AM and 6:00 PM, Monday-Saturday. Sundays are unrestricted.

Residential streets to the north and south of Pico (IN RED) allow 2-hour free parking between 8:00 AM and 6:00 PM, seven days a week.

Each street has its own posted street cleaning restrictions, which must be observed.

There is now FREE PARKING available in the lot behind U.S. Bank (IN GREEN) from 6:00 PM on, seven nights a week.

The metered spaces on Pico, which also extend a few doors north and south on each residential street (IN BLUE), are free and unrestricted after 6:00 PM and on Sundays.

All residential streets to the north and south of Pico (IN RED) are for permit parking only, seven nights a week.

Come Strum With Us!